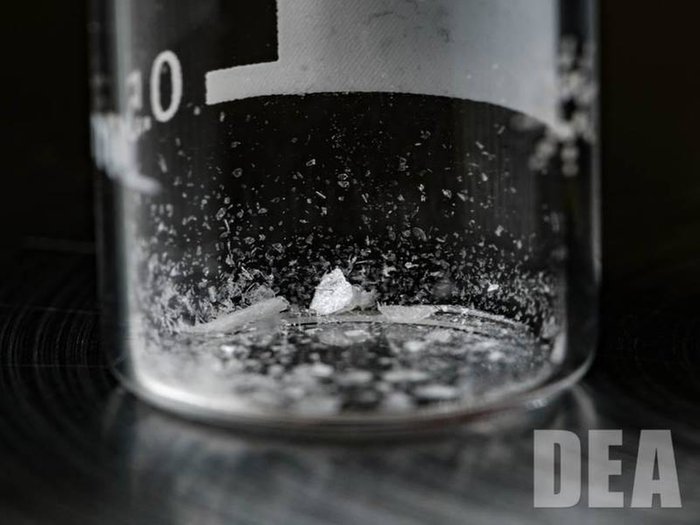 With opioids making daily headlines for the past four years it might be possible to become immune to the severity of the problem. But the problem persists and in fact, has become more deadly. And now, a synthetic opioid—fentanyl—has come to the forefront as the leading killer in the class of opioids. The National Vital… Read On »

Methamphetamines, more commonly referred to as crystal meth or meth, are some of the most devastating illicit drugs available today. Meth is a powerful drug that can instantly open the door to misuse, dependence, and addiction. Crystal methamphetamine is a central nervous system stimulant that is usually snorted or smoked and less commonly injected or… Read On »

Looking for facts about drug use and addiction in the United States? Check out the information below to learn more. What are illicit drugs?   Illicit drug use includes the use of a wide variety of mind-altering substances. This includes the misuse of prescription drugs or the use of marijuana, cocaine (including crack), heroin, hallucinogens,… Read On »

CHEECH & WRONG: THE LEGENDS AND MYTHS ABOUT POT USE IN YOUNG ADULTS

Few substances today are more argued over than marijuana, specifically the psychoactive drug THC that is one of the over 400 compounds found in the plant. Go into any place where people are gathered, mention “pot,” and you will experience an endless sea of often emotional opinions. Unfortunately, opinions are often formed from hearsay or… Read On »

The Facts About Benzodiazepines, Addiction and Withdrawal

Benzodiazepines are one of the most widely prescribed classes of drugs in the United States.   Since their introduction in the 1960s, benzodiazepines have been widely prescribed to treat anxiety and insomnia, along with other conditions. 100 million prescriptions are written for these powerful medications every year. Although they are highly effective for their intended… Read On »

Older Adults and Over-the-Counter Drug Use

Many older adults complicate their health with the misuse of over-the-counter (OTC) drugs. When a medication does not require your doctor’s prescription, don’t assume that it is automatically safe. Over-the-counter-drugs include health supplements of all kinds. A person’s physical health, the other drugs being taken, the effect of any drug with alcohol, the quantity of… Read On »

The Opioid Epidemic: A Generation Lost from the Workforce

New research suggests that the opioid epidemic is not only a public health crisis but an economic crisis as well. A recently published paper by Alan Krueger, Professor of Economics at Princeton University, suggests that the widespread use of opioid painkillers may be linked to declining workforce participation among American men aged 24 -54. His… Read On »

As nurses working in the field of addiction know, the presence of chronic pain can significantly prevent our clients from focusing on their recovery and experiencing the everyday joys of living. Many individuals arrive at Origins Behavioral Healthcare to receive treatment after taking prescription opioid medications long-term that they didn’t realized were highly addictive… Read On »

The Mount Airy News- By Terri Flagg DOBSON — Surry County might lag behind the rest of the country in certain respects, but when it comes to the latest drug trends, being behind the times is not necessarily a bad thing. The key is to keep it there. “If drug use is behind the times and… Read On »

What Is Drug Abuse?

Drug abuse, more commonly referred to as drug misuse or a drug use disorder, is diagnosed based on evidence of impaired control, social dysfunction, risky use, and pharmacological criteria. These disorders require quality treatment provided by expertly trained addiction specialists. At Origins, we provide superior, compassionate care to those hoping to recover. Common Signs And… Read On »