Vaping: Teenage Trends in the Usage of Electronic Cigarettes 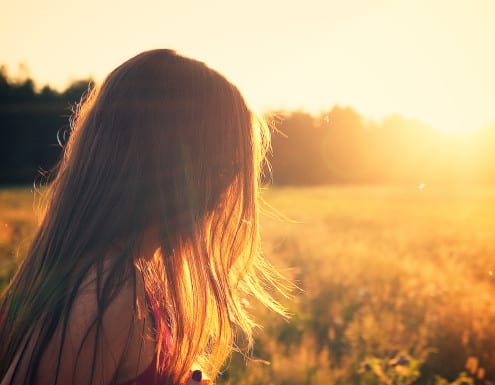 What is an e-cigarette?

The National Institute on Drug Abuse (NIDA) explains that most e-cigarettes consist of three different components:

Typically, puffing activates the battery-powered heating device, which vaporizes the liquid in the cartridge. The resulting aerosol or vapor that delivers the nicotine is then inhaled; this inhalation is called “vaping.”

E-cigarettes are marketed as a safer, less toxic alternative to conventional cigarettes, but in reality may they contain known carcinogens and toxic chemicals such as formaldehyde and acetaldehyde. Users are often unaware that potentially toxic metal nanoparticles are excreted from the vaporizing mechanism. The FDA does not yet regulate the liquids used in e-cigarettes, so there are no accepted measures to confirm their purity or safety. The health consequences of repeated exposure to these chemicals are unclear.

Why are e-cigarettes such a problem with our youth?

According to the NIDA’s website, there are more than 250 different brands of these battery-operated devices on the market, which are designed to deliver nicotine with pleasant flavorings such as coffee, mint, candy, and fruit flavors and other chemicals via an aerosol or vapor. The American Lung Association reported that e-cigarettes are sold in dozens of flavors that appeal to kids, including cotton candy, bubble gum, Atomic Fireball, and popular kids’ cereal flavors such as Fruit Loops. In 2014, almost 500 different e-cigarette brands existed with more than 7700 different flavors, and the three major cigarette companies were all selling e-cigarette products.

Indeed, just last August a study in Nicotine & Tobacco Research based on the 2011-2013 National Youth Tobacco Survey of middle and high school students showed an alarming increase in the number who used e-cigarettes but never smoked a cigarette. These youth were almost two times more likely to begin smoking regular cigarettes as youth who had never used e-cigarettes — increasing from 79,000 in 2011 to 263,000 in 2013. Among this population, the study found 43.9 percent “intended to smoke conventional cigarettes within the next year.” This is compared to only 21.5 percent who said they intended to smoke a cigarette but had never used an e-cigarette.

Adding to the problem with young, first-time users is that e-cigarettes can be manufactured to resemble traditional tobacco cigarettes, cigars or pipes, or even everyday items like pens or USB memory sticks, which in addition to the candy-like flavorings mentioned make them especially appealing to adolescents and teens.

How are these devices being used by youth to deliver other drugs?

Additionally, some newer e-cigarettes offer refillable cartridges, and users may expose themselves to potentially toxic levels of nicotine when refilling them. These cartridges could also be filled with substances other than nicotine – like marijuana or flakka – thus serving as an extremely dangerous drug deliver system.

Parents and educators need to be aware that e-cigarettes are not yet subject to regulation as tobacco products, including the requirement that purchasers be a certain age. They are often available at mall kiosks, and even though some states have banned their sale to minors, kids can easily order the devices online.

In addition to the unknown health effects, early evidence suggests that e-cigarette use may serve as an introductory product for youth who then go on to use other tobacco related products. A recent study funded by the National Institute of Health (NIH) showed that students who have used e-cigarettes by the start 9th grade are more likely than others to start smoking traditional cigarettes and other smokable tobacco products within the next year (Rigotti, 2015).

Researchers at Yale University reviewed the findings from an anonymous survey responded to by 3,847 Connecticut students in a study released in the September 7, 2015 issue of Pediatrics, the official journal of the American Academy of Pediatrics. Teenagers find it easier to conceal what they are inhaling since the smell of vaporized cannabis is less recognizable than combustible means of smoking cannabis such as joints, blunts, and pipes.

Particularly frightening is the number of ways that e-cigarettes can be modified to provide an efficient way to vaporize cannabis in the form of highly concentrated liquid hash oil, highly concentrated waxy forms of D-9- tetrahydrocannabinol (THC, the primary psychoactive ingredient in cannabis), or dried cannabis buds or leaves. Popular media outlets such as NPR Radio, CBS and ABC have all recently reported on the many ways young adults are concealing their vaping habits in prohibited locations such as classrooms, while walking around their neighborhoods, and at home.

What can parents do?

It’s critical the adults educate themselves immediately on the numerous risks of trying e-cigarettes and then initiate a conversation with their children –- the younger the better. Such open dialogue may help prevent the common misconception among teenagers and young adults that e-cigarettes are a safer, more socially acceptable alternative than traditional tobacco products. Even better, it may deter their experimentation with other drugs. Please consult a professional in the field of addiction and recovery if you have any questions.