PNP and Healing the Brain 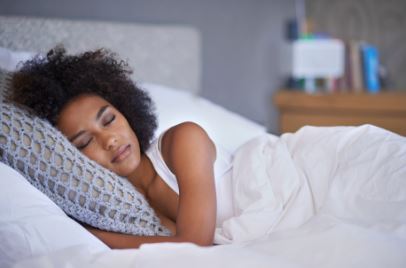 Back in the good old days, the best car you could buy was a junker that left a cloud of white smoke at each stop, which explained why it used up more oil than gas. These cars taught us a lot about mechanical issues, such as burned out batteries and thinning tires; we were always trying to fix them to run another day in the cheapest way we could. There was also the parts salesman with fancy hood ornaments or decals that would supposedly make our cars look better and run faster.

These stories are metaphors for the first attempts at healing the brain. You can look better and talk faster, but if your brain isn’t functioning well or efficiently, it is all a show that will eventually fall apart regardless of how well you dress it up.

In reality, there is always some brain damage that comes along with chronic drug and alcohol addiction. Actual traumas to the head, such as concussions related to automobile accidents or bar fights, can obviously produce brain damage. In some cases, being exposed to loud sounds, such as explosions, produce damage to brain cells called neurons. Blows to the head and sonic blasts bruise brain tissue and can lead to autoimmune cascade reactions that will destroy the brain over time. While these types of injuries to the brain may not be cofactors of addiction, each may be a basis for turning to alcohol and/or drugs as a way of coping with the disorientation and confusion from brain trauma. There are reasons that soldiers with PTSD often turn to addictive agents as attempts to manage their brain changes, such as resultant depression and loss of inhibition or rage. It is interesting that 40 percent of soldiers with PTSD get better as their brain functions improve when they have been administered treatment with hyperbaric chambers, showing improved neurological scores.

Anyone who has viewed the brain images of people chronically addicted to alcohol and cocaine will testify to the holes and gaps left in the brain. The toxicities of these agents bring serious damage that usually takes a minimum of two years to heal, making good judgments and sound reasoning almost impossible in the interim. Addiction also often leads to a loss of vital nutrition necessary for healthy brain functioning. For instance, the lack of B vitamins has a destructive impact on brain functioning. Without the building blocks of the supplements and nutritional elements, the brain can’t heal itself, and the certainty of relapse is similar to throwing a person in the ocean who can’t swim.

There is also the destructive force of stress, which lowers the brain’s efficiency. As the person attempts to deal with his or her ongoing life stressors, the brain becomes stressed; without restorative influences, the outpouring of the cortisol hormone diminishes brain function in several ways, including motivational patterns and loss of cognitive abilities, such as memory. Chronic stress will also alter the circuitry so that the parasympathetic (restorative phase) of the whole body will decrease and perhaps cease, leaving the brain to be constantly in panic and emotionally over-reactive. Sleep also becomes problematic.

A related issue is the damage that chronic pain can have on the brain. Long term pain can cause an increase in what are called microglia cells, which inhibit the production of dopamine (the happy transmitter) and in turn, will produce depression and more stress. This is one of the links discovered between chronic pain and depression that explains some of the reasons why a lot of people become dependent on their opiates.

When the patient’s brain incurs damage, he or she usually experiences a sense of “noise” which is the confusion caused by non-rhythmic frequencies of brain patterns and sets the stage for neurological disorientation. The patient with low self-confidence, which includes 99% of persons with addiction, when pressed to perform cognitively or to make judgment decisions, easily despairs and gives up. With low motivation for change, the addict resorts to the old destruction patterns that got them in trouble to begin with. Unless there is a consistent, reinforcing plan of rehabilitation that includes brain repair, the patient will lose ground at this critical time.

Repairing the brain to its full potential can take many forms. For this blog, there are many tools that sound quite simple and some that sound like space-age devices. One of the approaches mentioned earlier was the hyperbaric chamber, which was originally developed for deep-sea divers who developed the bends from decompressing too fast. It is a large chamber that exposes the entire body to compressed oxygen (some just use compressed air and this works very well). The patient merely relaxes in a comfortable bed while he or she is compressed for an hour or so over several sessions. The reports for using this to help the brain recover from strokes and trauma have been amazing.

Biofeedback is another aspect of managing toxicity. Learning to breathe helps to foster the physical properties of modifying the immune system. This will have a major impact in balancing the neurological chemistries. The patient learns the initial skills in dealing with stress, which helps in the process of rebuilding the integrity of the brain.

A simple but critical approach in repairing the brain is to teach the patient how to sleep. Without healthy sleep cycles, the brain fatigues, leading to destructive outcomes, including death. Through the cycles of addiction, the person doesn’t practice the normal cycles of sleep/awake states and often finds when they become sober that sleeping naturally is quite difficult.

Good sleep involves multiple critical stages, two of which are specific to restoring the body from the day’s activities and two that are designed as restoring the brain from the stresses. If one doesn’t progress through these stages, the brain will continue its downhill slide into increased stress and anxiety. Certain addictive drugs and alcohol reportedly produce only light or interrupted sleep states. These produce a toxic state wherein the brain never gains the restorative advantages of sleep. Medications designed for sleep improvement also have the problem of not inducing these critical sleep stages. The healthier option is to learn to sleep naturally.

The first step in learning to sleep is to establish and maintain a cycle of sleep and wakeful activity. Set a sleep time every night. At that identical time, practice getting at least 7.5 to 9 hours of sleep.

The second step is to practice what is called “sleep hygiene,” which means establishing a routine that prepares you for sleep. This does not mean watching a boxing match or news program before bed time and getting stressed. Instead, watch relaxing or funny shows in the evening. An hour before the designated bedtime, turn off the TV, change into your bedclothes, and brush your teeth. Quiet the room lighting, and engage in some rituals of relaxation. We use relaxation CDs that teach the brain to relax by associative learning processes along with easy breathing. This is a lesson in letting go of worries and anticipated work demands and, instead, taking time for yourself in a gentle manner. Selected music is one of the oldest and most powerful ways to induce good sleep. Since caffeine is a stimulant and can impair sleep onset, stop all sources of caffeine by 2:00 to 3:00 p.m.

Diet and supplements are also important features in brain repair. We have already mentioned Vitamin B, but Vitamin D is also helpful. CoQ10 is recommended to help vitalize the immune system and Omega 3 fatty acids to nurture the brain. Learn to eat in ways that nourish the brain. Foods of high protein that contain complex carbohydrates and healthy fats are especially good for the brain. Reports show that fermented foods have a positive impact on the brain. Avoid processed sugar and foods preserved with chemicals to extend shelf life. These foods tend to immobilize the neurological functions. Artificial sweeteners, such as aspartame, tend to be brain toxins along with foods that contain monosodium glutamate (MSG). Drink plenty of water each day to clear away toxins and nourish the brain.

Approaches for brain training into psychoneuroplasticity (PNP), will be described in further blogs; however, the major concern is always brain repair. The first steps toward achieving optimal brain balance in recovery include decreasing brain inflammation, feeding the brain, and establishing good and adequate sleep rhythms. Re-wiring just does not work until this happens. This is part of nature; the brain is designed to heal itself. It will do so if we don’t get in its way and if we continue to nurture it to its full potential.