Mental Health Disorders and Addiction – A Lethal Partnership for Seniors 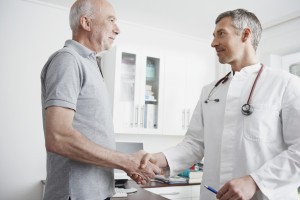 Older Adult and Baby Boomer clients battling addiction often suffer from mental health related co-occurring disorders (CODs) that also require treatment. Origins Behavioral HealthCare has both the staff and the expertise needed to address the multiple problems many seniors face particularly as they recover from addiction.

Reports published in the “Journal of the American Medical Association” and cited by the National Alliance on Mental Illness (NAMI) indicate that:

Some individuals with untreated mental health problems start using alcohol or drugs as a way to self-medicate. These problems may stem from emotional, relational or traumatic circumstances. Unbearable situations, underlying psychopathology and unresolved trauma can also take a significant role of a person’s ability to find healthy ways to cope.

Depression, anxiety, and dementia are three of the most common mental health diagnoses for older adults according to a 2009 study by Flood & Buckwalter published in the “Journal of Gerontological Nursing.” Treatment strategies that address these psychological issues in parallel with issues related to substance use disorder (SUD) are recommended to be incorporated in a supportive and non-confrontational setting according to the 2011 findings of Li-Tzy & Blazer published in the “Journal of Aging and Health.”

It has been shown that addiction is also a neurobiological disease. Other illness that frequently co-occur with addiction may include:

Research indicates that substance use disorders in older adults have been shown to complicate and exacerbate chronic physical conditions and mental illness that are commonly associated with the aging process according to a recent study published in the “Journal of the American Geriatrics Society.” In that paper, Lin et al. (2011) found that there was a strong positive correlation between patients who had mental illness and substance use disorders, and having increased risk of dementia and hip fractures in patients over the age of 65; combinations of benzodiazepines, alcohol, and other medications were particularly identified as relevant to this correlation.

Origins Behavioral Health is a co-occurring enhanced treatment facility with an integrated team of addiction professionals dedicated to the holistic treatment of every client. Diagnosis is likely to change as the client moves through treatment, and it is very difficult to sort out mental health issues from addictions issues at the front end of treatment. For this reason it is particularly important to pay close attention to both intra-psychic and contextual issues when assessing each unique client.

An example of this holistic approach to treating co-occurring disorders was noted in “The Canadian Journal of Psychiatry” Cairney et al. (2009) that found practiced physical activity was significantly positively associated with decreased distress in older adults. Important to this finding was the conclusion that the physical health benefits of exercise were only part of the equation, as 39 percent of the decrease in distress was associated with mastering a task resulting in improved sense of self-worth. For those patients with comorbid depression, cognitive behavioral therapy (CBT), problem-solving therapy (PST), and interpersonal therapy (IPT) are evidence-based practices with a history of effective symptom resolution in the older adult population as noted in “Psychiatric Times” (Arean, 2012).

Treatment at Origins is couched in these and multiple other scientific principles. It is driven by outcomes and individual client needs. The treatment that Origins’ clients receive is marked by achievements in physical, emotional and spiritual balance to renew energy, relationships and purpose.

SAMHSA states that approximately 8.9 million adults have co-occurring disorders; that is they have both a mental and substance use disorder. Unfortunately, only 7.4 percent of individuals receive treatment for both conditions with 55.8 percent receiving no treatment at all.

According to the Co-occurring Center for Excellence (COCE) persons with COD unrecognized and untreated COD results in excess morbidity and mortality; unnecessary health and personal expenditures; and frustration for families, intimate relations, and service providers. However, the disabilities and social consequences associated with COD bring those affected in contact with a number of public health, public safety, and social welfare providers. These contacts, if handled with sensitivity to COD issues, afford unique opportunities for identification, initial engagement, and linkage to appropriate care systems.

The benefits of integrated treatment for seniors as well as other age groups battling substance use disorders are numerous. SAMHSA cites that treatment that addresses mental and substance use conditions at the same time is associated with lower healthcare costs and better outcomes such as:

As previously mentioned, many Baby Boomers and Older adults who arrive for treatment at Origins for substance use disorders present with comorbid psychological/psychiatric issues that often include self-medicating practices or drug induced mental health challenges. Dual diagnosis is another term that refers to the presence of a mental disorder with addiction. Recovery is not likely to be successful if the mental disorder is not treated at the same time as the addiction. Interactions between alcohol and drugs and mental illness can make either condition worse.

Addicts are twice as likely as the general population to suffer from mood and anxiety disorders, and the reverse is also true.

Sometimes it is not known whether the substance abuse or the mental disorder is the primary issue. There are cases where an individual begins to develop the symptoms and signs of a mental illness only after using drugs suggesting that drug abuse caused or exacerbated the mental disorder. For this reason, thorough assessment is critical to the formulation of an individualized treatment plan.

There is no substitute for time. As one moves through the care continuum their diagnosis may change many times. Patients should always be treated as they present today; patients with co-occurring disorders often need extended lengths of stay. A holistic and age-specific approach to treatment addressing all aspects of the person using the 12-Step model can change perceptions and bring new purpose into the lives of both the client receiving treatment for alcoholism and their family members. By connecting with a deeper sense of meaning individuals are able to positively impact the lives of others as they work toward permanent recovery. The 12-Step philosophy utilized by all Origins Behavioral HealthCare’s programs is a vital part of the journey toward real recovery.

If you or a loved one is exhibiting signs of substance use disorder with elements of a mental health co-occurring disorder, please contact us at any time to receive more information at Origins: 561-841-1296.