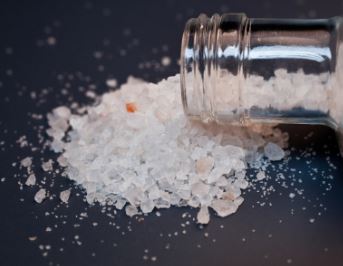 Composed primarily of the drug alpha-PVP, which is a synthetic cathinone from the same category of substances previously sold as “bath salt” stimulants, these illegal substances have moved from retail sales in gas stations and convenience stores to street drug dealers. Flakka or gravel, as it is known in other parts of the country, typically comes as white or pink crystals with a candy-like appearance that can be snorted, injected or vaporized using an electronic-cigarette device.

At the end of July, Origins Behavioral HealthCare hosted the Flakka Community Response meeting at our Hanley Center campus. The Palm Beach Post and several local television stations covered this standing-room-only event of more than 225 attendees that was led by the Palm Beach County Substance Awareness Coalition.

During the event Jim Hill, an epidemiologist from Nova Southeastern University, described a teenage girl running bloody and naked through the streets in March 2014 with delusions. Another young male – also naked – climbed onto a Lake Worth rooftop in January 2015 threatening to jump, had to be coaxed down by a SWAT team.

One of the most bizarre incidents of flakka injury was accounted in the Sun Sentinel back in March 2015. The newspaper reported a particularly gruesome account of a man in March who hung skewered through his midsection by a foot-long spike atop a 10-foot high rolling security gate at the Fort Lauderdale Police Department. The man, who told police officials that he was high on flakka, was cut free after 20 minutes but the fence was still piercing his body as he was rushed to Broward Health Medical Center where he remained several days.

Flakka is alarmingly accessible. According to an April 2015 report by the United Way of Broward County Commission on Substance Abuse, small quantities of Flakka are being sold on the street for as little as $4 or $5, which is less than a pack of cigarettes. This makes the drug highly profitable for the dealers who sell at high volume because their actual cost is very low. Younger and poorer Florida residents are targeted as customers. Most can afford it, and due to its highly addictive nature dealers are assured lots of repeat customers.

During the Flakka Community Response gathering at Hanley Center at Origins, Nova Southeastern University’s Jim Hall shared stunning statistics on the problem. In 2012, the crime lab saw just two flakka cases in South Florida. By 2014, the reported number had climbed sharply up to 576 cases.

The problem has caught national attention as Flakka statistics nationally rise. The Wall Street Journal reported last week that in 2011, the Drug Enforcement Association (DEA) collected only five lab reports involving seizures of alpha-PVP from local, state and federal forensic labs. However, by 2014, that number had jumped to 2,920. These lab reports came largely from the South, but also the Midwest and Northeast, according to DEA data which last year added the drug to the most restrictive list of controlled substances. This action has opened the way for the prosecution of sellers and stiff prison sentences of 10 years or more.

Flakka is a potent and very dose-specific drug. A small amount provides feelings of euphoria and stimulation with mild hallucinogenic effects, but just a little bit more can increase the chance of heart rates to rise above 200 beats per minute and elevated temperatures of more than 104 degrees. Flakka usage can lead to cardiac arrest and kidney failure.

The reason flakka users run wild is that they are convinced they are being chased. When people try to help, Flakka users often react violently with adrenaline-like strength in the brain’s fight or flight reaction, requiring 4 to 5 law enforcement officers to restrain them. Once they are restrained they require immediate emergency medical attention or face death. Broward County local hospitals reported this past spring that they were seeing an estimated total of 20 overdose cases a day. As one victim described the drug, Flakka is truly “Five dollar Insanity.”