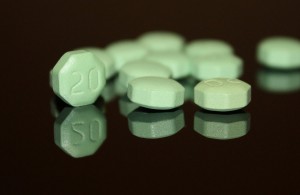 The FDA recently asked Endo Pharmaceuticals to pull its opioid pain medication, Opana ER, from the market citing concerns that the drug’s benefits may no longer outweigh its risks.

This is the first time the agency has taken action to stop the sale of an opioid pain medication based on the public health consequences of possible misuse.

“We are facing an opioid epidemic — a public health crisis, and we must take all necessary steps to reduce the scope of opioid misuse and abuse,” said FDA Commissioner Scott Gottlieb, M.D., in a news release announcing the agency’s recent action. “We will continue to take regulatory steps when we see situations where an opioid product’s risks outweigh its benefits, not only for its intended patient population but also in regard to its potential for misuse and abuse.”

The FDA said its decision was based on a review of available post-marketing data which showed a substantial shift in the route of misuse of the drug, with overdose by injection become all too common.

The FDA first approved the drug in 2006 for the management of moderate-to-severe pain when a continuous, around-the-clock opioid analgesic is needed for an extended period of time. In 2012, it was reformulated – at the FDA’s request – in an attempt to thwart the misuse of the drug by injection. At that time, Endo Pharmaceuticals requested to include labeling that would have described the potentially abuse-deterrent properties of the drug, which the FDA did not allow. The agency also noted that injection abuse of the reformulated Opana ER has been associated with outbreaks of HIV and hepatitis C infections.

“For those struggling with substance use, consequences have little effect on the user’s ability to control their addiction,” cited Origins’ experts discussing the nature of pharmaceutical opioid misuse and addiction.

Oxymorphone hydrochloride (Opana ER) is known on the streets for the potent high that results when it is ground and injected. The half-life of this drug is shorter than other similar opioids, meaning the desired high fades sooner, resulting in more frequent injection and greater opportunity for overdose. Similarly, those who become actively addicted to the pills themselves may request an increased dosage or demand that a greater number of pills be prescribed.

“Pills are easy to obtain and are invariably addictive. Once the tolerance to pills builds, people who struggle with substance use disorders often seek to improve the high and others move towards drugs like of heroin,” stated Origins Behavioral HealthCare’s Dr. Hunter Kennedy.

The FDA said if Endo Pharmaceuticals does not voluntarily remove Opana ER from the market, the agency plans to formally require its removal by withdrawing approval of the drug.

“When we determined that the product had dangerous unintended consequences, we made a decision to request its withdrawal from the market,” said Janet Woodcock, M.D., director of the FDA’s Center for Drug Evaluation and Research. “This action will protect the public from further potential for misuse and abuse of this product.” Until the drug is formally removed, the FDA will dedicate substantial efforts to educating health care professionals about their request to remove Opana ER from the market.