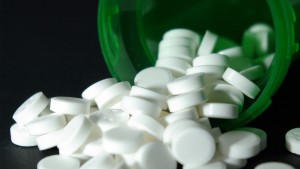 In recent news, the state of Ohio filed a suit against five drug companies, accusing them of fueling the opioid crisis by misleading prescribing doctors about the risks of addiction associated with opioid medication. Ohio is the second state to sue opioid manufacturers, with a suit from Mississippi coming earlier this year.

“The opioid addiction epidemic in the United States is extremely complicated,” stated Origins’ Clinical Fellow, Dr. John Dyben. “As a public health issue, discovering and remedying the root causes of this modern plague are imperative measures that must be taken if we are going to stop the surge of addiction, overdose, and destruction.”

Calling to account those who have ignored public health and scientific obligation in the pursuit of profit is an important step in addressing this current crisis. Named in this recent suit are:

Attorney General Mike DeWine asserts that sales reps for these companies are purposefully soliciting business through the dissemination of blatant misinformation about their products.

“These drug manufacturers led prescribers to believe that opioids were not addictive, that addiction was an easy thing to overcome, or that addiction could actually be treated by taking even more opioids.” -Attorney General, Mike DeWine

As a highly respected addiction treatment provider, Dr. Dyben is inclined to agree with DeWine. “For decades, drug manufacturers enticed prescribers to write prescriptions for opioids and asserted that there was little risk of addiction,” stated Dyben. “These assertions were often based on “research” that was clearly weak or irrelevant. This is important to note because pharmaceutical companies are institutions that, by the very nature of their scientific endeavors, are most keenly aware of acceptable standards of research and propriety. These are entities that employ numerous scientific professionals who are required to take great care in their claims, and to avoid actions that unduly influence healthcare decisions.”

While the pharmaceutical company Janssen told NPR that they firmly believe the allegations in this lawsuit are both legally and factually unfounded, a spokesman of Purdue Pharma stated that the company shares the attorney general’s concerns about the opioid crisis and that it is “committed to working collaboratively to find solutions.”

According to the CDC, Ohio was one of the five states with the highest rates of death due to drug overdose. As a whole, two-thirds of overdose deaths in the United States are due to opioids, both prescription and illegal.

“Drug companies must certainly be held accountable to act in the interest of public well-being,” continued Dr. Dyben. “At the same time, it is up to each of us to take responsibility for learning about any medicines we are prescribed. Our ability to research is easier than ever and if you have any history of substance use disorders, consult an Addiction Medicine physician before starting any medicine you are not familiar with.”

As an organization, we urge the public to remember that addiction is a disease and recovery is possible. No matter how one becomes addicted, if you or a loved one is struggling, seek professional help and treatment.