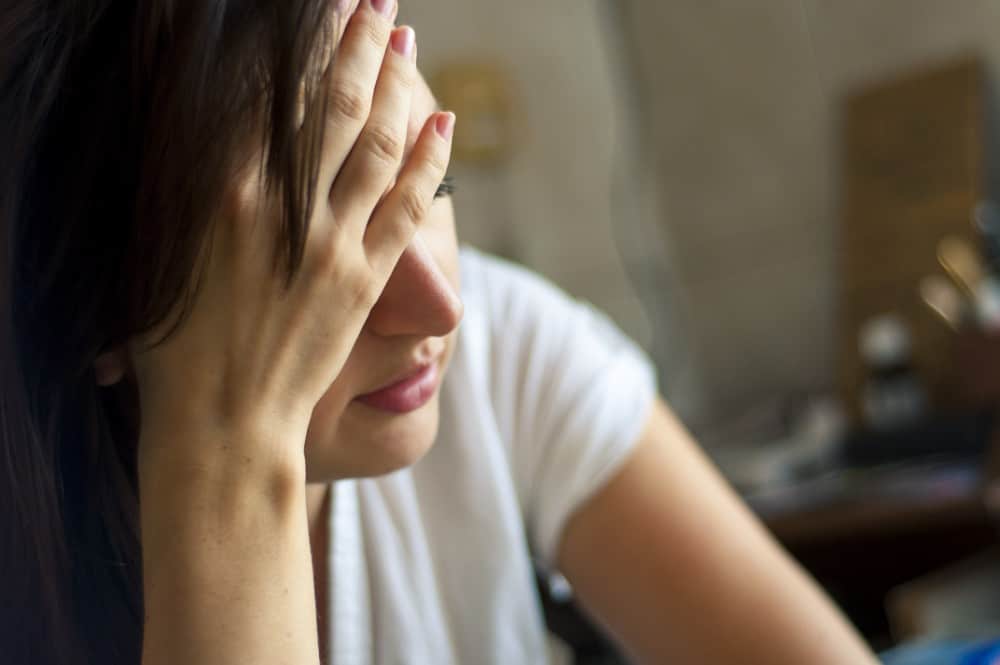 Depression affects about 16 million American adults every year and is the top cause of disability worldwide. Although people have become much more aware of depression and mental illness in general in recent years, many misconceptions remain. These misconceptions can cause people with depression to be reluctant to seek help or maybe not even be aware they should seek help. The typical symptoms clinicians look for when diagnosing depression include depressed mood, inability to feel pleasure, loss of interest in things you used to enjoy, sleep disturbance, trouble concentrating, changes in weight, and thoughts of suicide or death. However, these symptoms often manifest in surprising ways. And sometimes depression looks different in men than it does in women. Here are some common symptoms of depression that people typically don’t recognize.

Perhaps the most commonly overlooked symptom of depression is anger. We typically think of depression as causing sadness, not anger, but irritability and aggression are among the most frequently identified symptoms of depression. The reasons anger is often a symptom of depression are complicated. People with depression often have a very self-critical internal dialog. They may feel overwhelmed by self-critical thoughts and be more likely to interpret other’s words and behaviors as critical as well. Therefore they may be quick to become defensive or interpret relatively minor setbacks as catastrophes. When you already have a high baseline of stress, it doesn’t take much to set you off. In recent years, research has found that inflammation is often associated with depression. So it’s possible just feeling physically bad makes you more defensive and aggressive. Anger is especially problematic for people with depression because is it often not recognized as a symptom and it tends to drive people away at a time when social support is crucial.

Reckless behavior is another common symptom of depression, especially in men. In younger men and teens, reckless behavior may take the form of getting in fights, committing crimes, being disruptive at school, or driving recklessly. Depressed people over 25 are not as likely to get in fights or commit crimes, but they may engage in reckless sex, gambling, driving, or substance use.

There’s a common image of a depressed person staying in bed all day, unable to get up even to do basic things like shower and eat. This does happen, but it’s far more common for people with depression to have trouble sleeping. A common pattern is to wake up at three or four in the morning and have trouble falling asleep again. This is thought to be caused by a disturbance in the circadian rhythm, which is common in people with depression. Your body releases stress hormones, which are supposed to wake you up, too early. As a result, you may lie awake for a long time feeling anxious when you’d much rather be sleeping. Poor sleep leads to more anxiety and you end up feeling even worse.

Working long hours is perhaps the last thing you would expect of someone with depression, but the two often go together. One reason is that the perfectionism and fear of failure that often drive work addiction are also characteristics that lead to depression. Also, for many people, work is a way of avoiding troubling thoughts and emotions. As long as you’re engaged in busy work and goal-directed behavior, you don’t have time to think about whatever might be bothering you. While this can sometimes be a productive coping mechanism, it can also prevent you from processing troubling experiences and being there for friends and family who might need your support. For example, it’s normal to grieve after the death of a loved one, but if you try to avoid those emotions by working all the time, you may just end up creating more problems.

Poor concentration is on the list of symptoms for clinical diagnosis, but people who are having trouble concentrating often don’t connect it to depression. You may find yourself reading something over and over, not really taking it in. You might feel like you can’t concentrate because you don’t find anything interesting. That lack of interest may, itself, be a symptom of depression if you’re trying to do something you would normally enjoy. If you’re trying to work and can’t keep your mind on what you’re doing over a period of weeks, it might be a symptom of depression.

Origins Behavioral Healthcare is a well-known care provider offering a range of treatment programs targeting the recovery from substance use disorders, mental health issues, and beyond. Our primary mission is to provide a clear path to a life of healing and restoration. We offer renowned clinical care for addiction and have the compassion and professional expertise to guide you toward lasting sobriety.